Whilst Marsden is and will always remain the birthplace and home of Electric Theatre Cinema (ETC), like a restless child we’re keen to spread our wings and explore from time to time.

Our mission is to host interesting and engaging cinema within our communities and we’re always on the lookout for innovative social and community spaces to share cinematic experiences. It not only transforms venues and spaces through the power of film but also helps us to expand from our loyal and valued core ETC membership and supporters to reach new audiences.

With that in mind we launched a new partnership with Huddersfield’s finest craft brewery, Magic Rock. Located in an unassuming retail park in Birkby, Huddersfield, the Magic Rock Taproom has become a beer lovers destination of choice and attracts the new self-styled ‘beer tourists’ from across the UK.

It also plays an important part in its own community and that of the Town, hosting local musicians, DJ’s, cyclists, designers and artists, poetry and football fans. And since September this year we can add cinema to the list as ETC brought a new monthly programme of films.

Utilising digital headphones to create our ‘Shhh! Cinema’ experience we were able to create a mini-cinema at one end of the Tap room with our film-goers immersed in the film and oblivious to the casual drinkers in the rest of the bar enjoying a Bearded Lady or indulging in some Dark Arts (a couple of Magic Rock’s fine cask offers in case you were wondering). 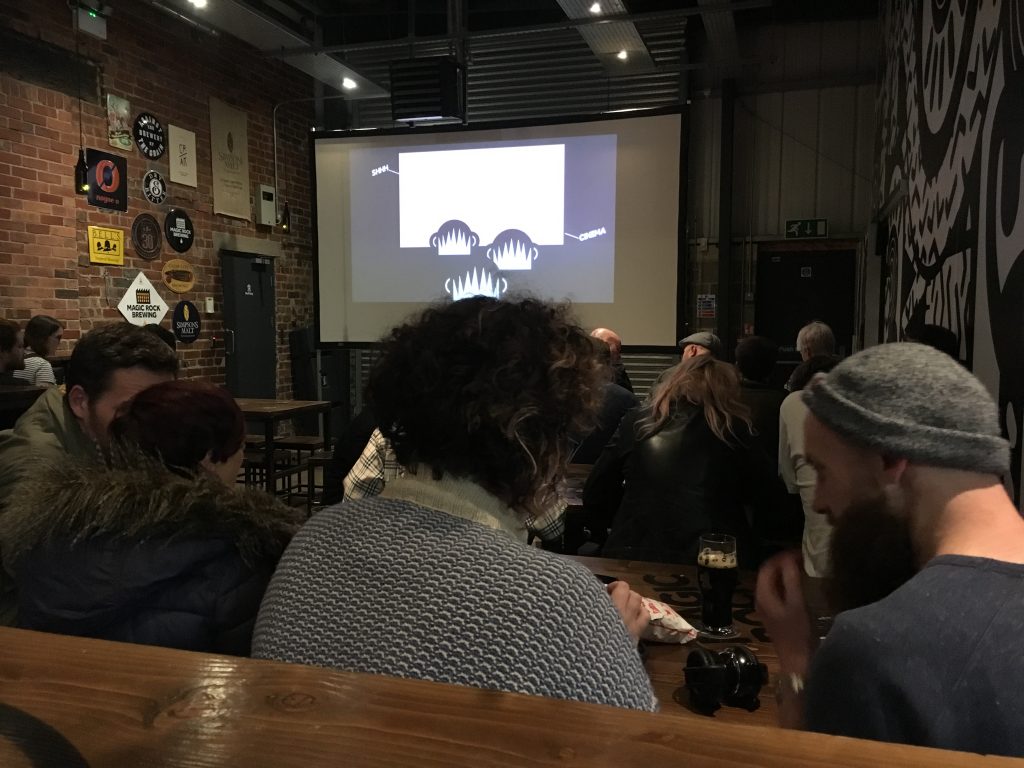 We’ve taken a different programming approach to our film choices at Magic Rock and our first run included a mix of contemporary and classic in Lady Macbeth, The Shining and The Founder.

With continued support from the team at the Tap (thanks Les & Dunk) our 2018 programme is shaping up to be an exciting one as we delve into some cult classics such as Repo Man and Subway alongside the incredible and critically acclaimed new release The Florida Project.

Keep an eye out for our 2018 events on social media and this website and join us for some great craft beers, tasty street food from the vendors and fantastic films – it’s a winning combination!

We’ll leave you with a Tweet from an attendee at one of our screenings which captures Shhh! Cinema perfectly:

“Great film. Great idea. Didn’t think The Shining could be improved but showing it @MagicRockTap with fine beers to hand is not a bad shout.”